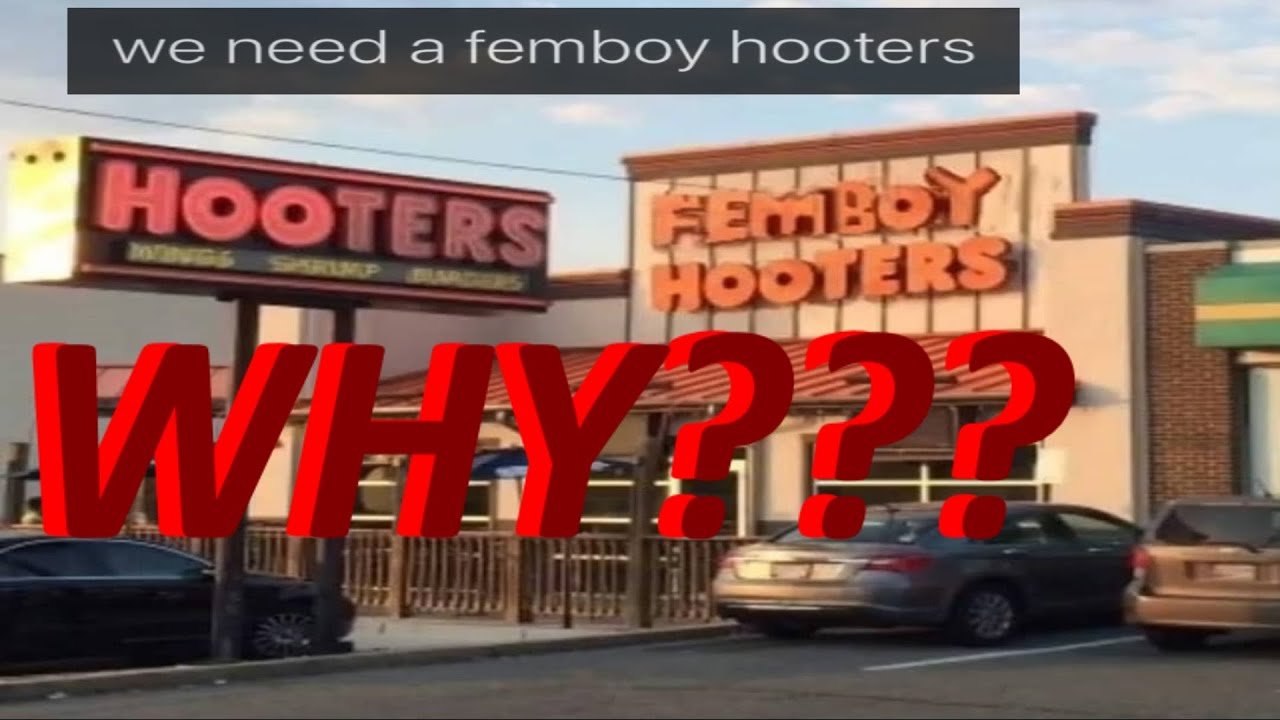 Why is there a femboy hooters? This question may seem mad, but as we have already seen, memes, uh find a way. In this meme I see a very important dynamic, almost a perfect mirror to the “Are ya winning son?” meme, in which there is a vast schism between father and son, boomer and zoomer. While that meme reflected the disparity between the generations through technology, this meme is of course a look at the growing chasm of generational sexuality.

Hooters is the ultimate symbol of the simplistic Boomer sexuality, one focused entirely on the base bodily pleasures. The generation that enjoys going to Hooters is the one that was aroused by Sears magazine underwear sections, compared to modern sexuality their tastes were extremely innocent and basic.

To take the product of something so bizarre, so inconceivable to the Boomer, and place them in a Hooters is such a beautifully humorous contrast! We are given a clear image of how accelerated modern sexuality is, and just how basic it was even just a few decades ago in the 80’s.

The Femboy Hooters is of course incomplete, as there is not one simple peak for this great body of techno-eroticism, there is the Tomboy Outback, the goth ihop, etc. These all come to show just how multiheaded the beast is! Sexuality, through it’s technoacceleration has sprouted more heads than it ever had in the past. A common joke looking at this is how LGBT became LGBTQIACXY and so on. The variety inherent in a sexuality which has been directed away from the body is seemingly infinite. These forms literally could not have come from the Unconscious of the Boomer, one essentially untouched by a virtual reality.

The Femboy Hooters is an object of humor because it can not exist, even in the meme, it has been burnt down. If something as mercurial as the femboy were to be forced into a permanent structure such as hooters, the illusion would dissipate. It would quickly become too bodily, and the digital imagination would find a new host.

These memes reveal a great deal about modern sexual dynamics, no matter how strange, we must look on and remember, memes matter.

Our Discord:
Our Subreddit:
Support us on Patreon:
Instagram: @thegoddisk + @snazzio