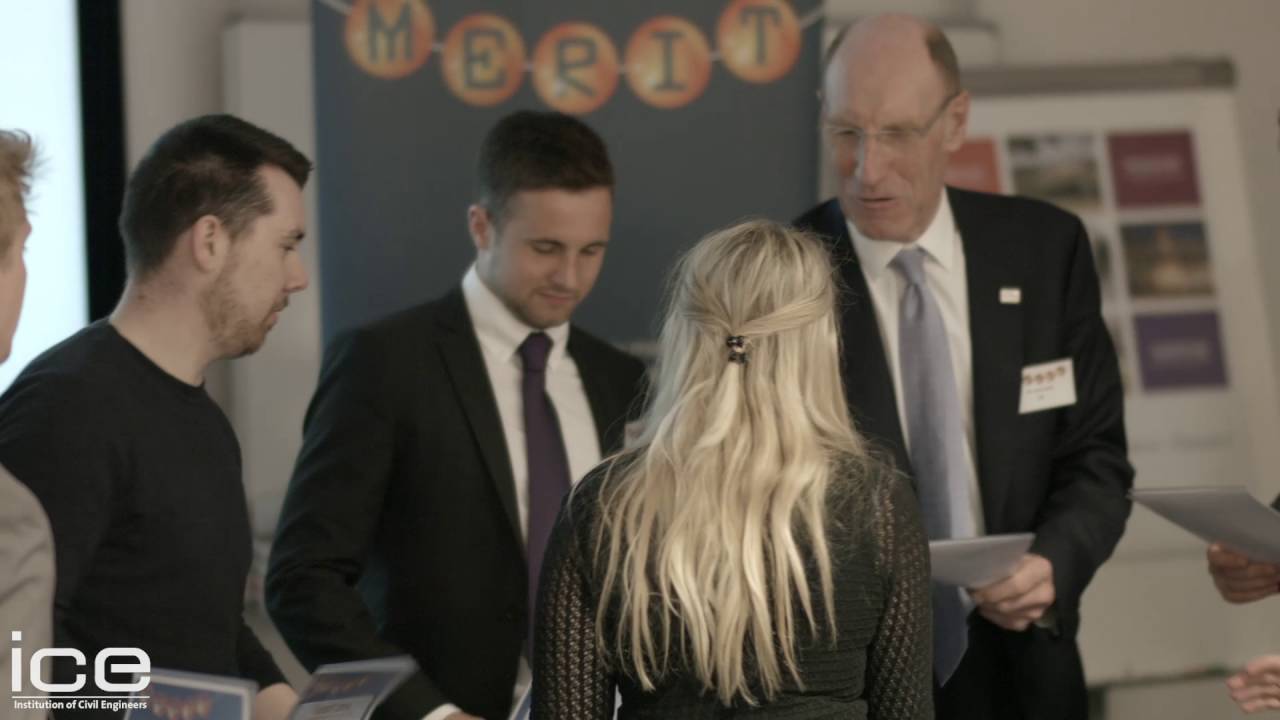 MERIT – or management, enterprise, risk, innovation and teamwork – is a web-based computer simulation which allows young professionals, working in groups and acting as a board of directors and managers, to run their own construction company. The early rounds are played against a computer, with just the top six teams of 117 entries (for 2015-16 competition) making the finals, where they compete against each other. The competition opens for registration in October, trialling begins in January and the competition runs from February to April.

The teams involved were:

‘What do the teams get out of the MERIT competition? Julien Green, Atkins answers’ 0:48
‘How do you be successful in the MERIT competition and what is involved in competing? Julien Green answers’ 1:09
‘What are the MERIT Teams competing against and learning about? Sir John Armitt answers’ 2:33
‘Singularity team’ 3:38
‘Atrium team’ 3:57
‘Nott Macdonald team’ 4:16
‘SUPERnOVA team’ 4:31
‘One Atkins team’ 4:55
‘Spartans team:1st place’ 5:18
‘Sir John Armitt final words and congratulations’ 5:32
‘Shu Cheng You Leo, Team One Atkins interview’ 5:50
‘Lakshmikanth Raju, Team Atrium interview’ 6:13
‘Winning team Spartans interviewed’ 7:12