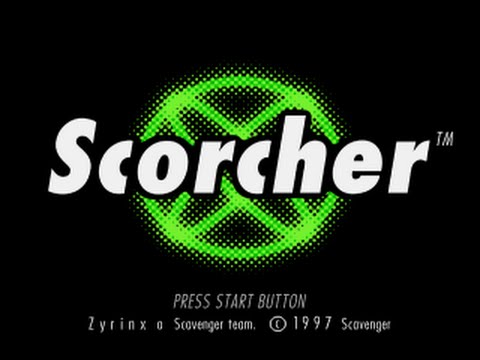 Quite nice racing game in the spirit of Trailblazer and Wipeout. Hard though to race flawlessly even after memorizing the tracks. I played on easy difficulty since this was the first time playing this game. Apparently record times are not registered to high scoer table unless you play on normal or hard and there might’ve been some sort of an ending screen as well. Difficulty only determines time limits and looking at how much spare time there was on each track I should’ve chosen normal difficulty, oh well…

Game slows down at times, especially in last tracks. I assume slowdowns to be caused by game / emu. My computer is getting old, but it should be able to handle a small game like this. Short lived loss of textures can be noticed once a while. Music sounds a bit distorted, it still sounds like that even if you decrease volume from emu.

Also released for PC supporting resolution up to 640×480.