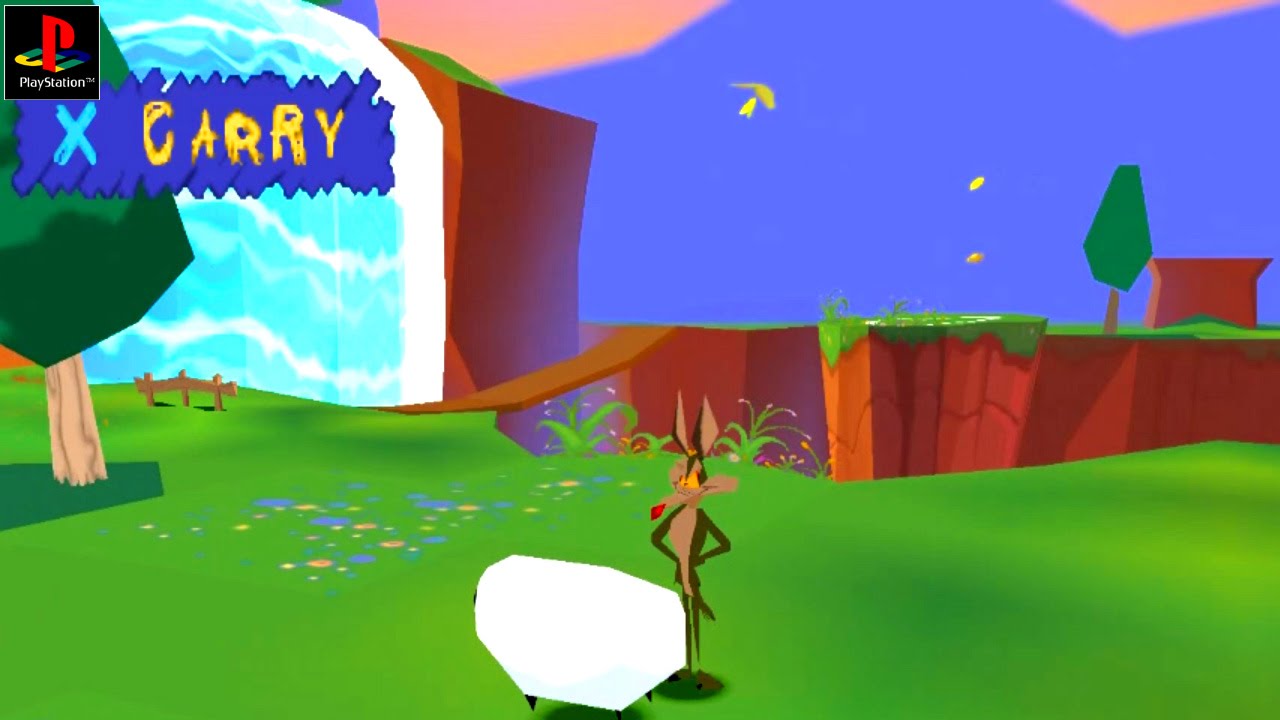 Visit us at for more

The game is based on the popular Warner Bros. series of cartoons featuring Sam Sheepdog and Ralph Wolf. Controlling Ralph, the player must steal sheep from under Sam’s nose while navigating through a series of levels including two secret levels and a Bonus level.

After another failed attempt at stealing a sheep from Sam Sheepdog, Ralph Wolf returns home after his shift to relax and enjoy some television in his chair. Daffy Duck bursts in and declares that Ralph is the newest contestant on the game show “Sheep, Dog, and Wolf” or as Daffy likes to call it, “Who Wants to Be a Sheep Stealer”. In this show, Ralph is tasked with successfully stealing sheep from Sam in a variety of environments, though he is not allowed to harm the sheep in any way.

Despite many obstacles and encounters with various characters such as Porky Pig, Elmer Fudd, Yosemite Sam, Gossamer, Toro and Road Runner, Ralph is finally able to steal Sam’s entire flock, but as he is declared the winner, Marvin the Martian gatecrashes the show, angry at Ralph and Daffy because a specific sheep that Ralph was forced to fire into the sky in order to win actually landed on Planet X while Marvin was experimenting with his instant Martians, causing a serious accident which led to the Martians scattering across the planet. Marvin forcibly takes Ralph to Planet X with the task of recovering the Martians. Ralph eventually completes his task and is returned home by Marvin along with the stranded sheep. However, once inside, the sheep is revealed to be Sam in disguise, who grabs Ralph and prepares to beat him revengefully when Ralph’s alarm clock sounds and he wakes up from his sleep, revealing that the game’s events were only a dream.

Visibly disappointed, Ralph goes outside to start another shift of sheep-guarding with Sam.

Enhanced graphics with emulator EPSXE.For recording I used a Live Gamer HD Capture Card.
-some games can have graphical issues, lags and other problems…