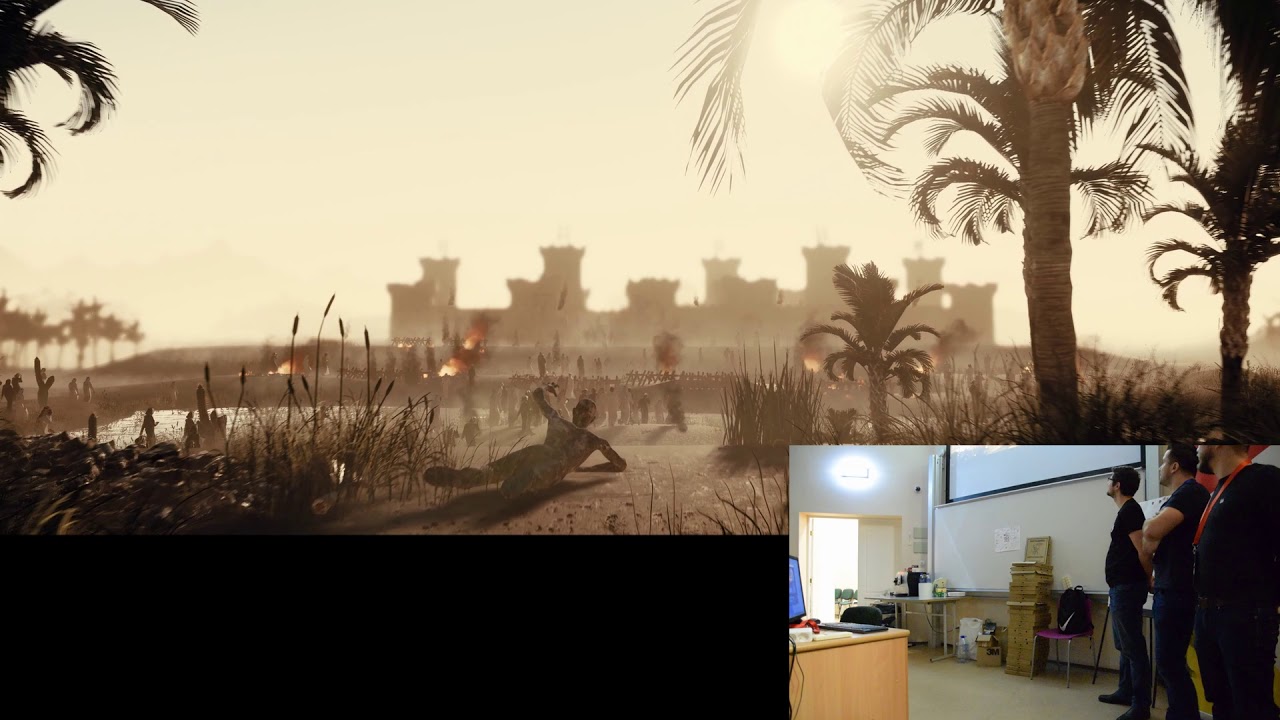 This years Global Game Jam theme was “Repair” so our team put together and idea to make a World War Z style zombie survival Tower Defence game, where the player would have to fight off hoards of fast moving zombies that pile up on the walls, by creating and upgrading offensive weapons while repairing their base as long as they can…

Advice for next years – do not use an untested new technology when time is limited. Plenty of time went into experimenting with new possibilities that ECS offers and some issues influanced the overall progress of the game development, like not being able to use skinned mesh renderers. Resulting in not having an animated thousands of zombies. Experimenting is good in small team, but in this case – when the team consists of 7 people, it’s better to work on known grounds in order to produce a good product in two days.